A cookie is information stored on your computer by a website you visit. Cookies often store your settings for a website, such as your preferred language or location. This allows the site to present you with information customized to fit your needs. As per the GDPR law, companies need to get your explicit approval to collect your data. Some of these cookies are ‘strictly necessary’ to provide the basic functions of the website and can not be turned off, while others if present, have the option of being turned off. Learn more about our Privacy and Cookie policies. These can be managed also from our cookie policy page.

No analytics or social cookies have been enabled on this site. There are no cookies to review.

IE10 and below are not supported.

The Fox River is one of the region's greatest public assets. Historically, it has played a major role in shaping the region’s landscape, both natural and developed, but today its full potential remains unrealized.

The study area for this planning project spans five communities, conservation areas, nature preserves, and parks over a distance of eight miles from Burtons Bridge at Route 176 on the south end to North Chapel Hill Road in Johnsburg on the north end. Municipalities within the study area include McHenry, Johnsburg, Holiday Hills, and Prairie Grove.

The project builds on the foundation of two previous Fox River Corridor plans—one for Villages of Algonquin and Carpentersville (completed in December 2015) and another for McHenry and Lake Counties (completed in September 2018). However, this project is ultimately a blank slate upon which priorities can emerge through the planning process. 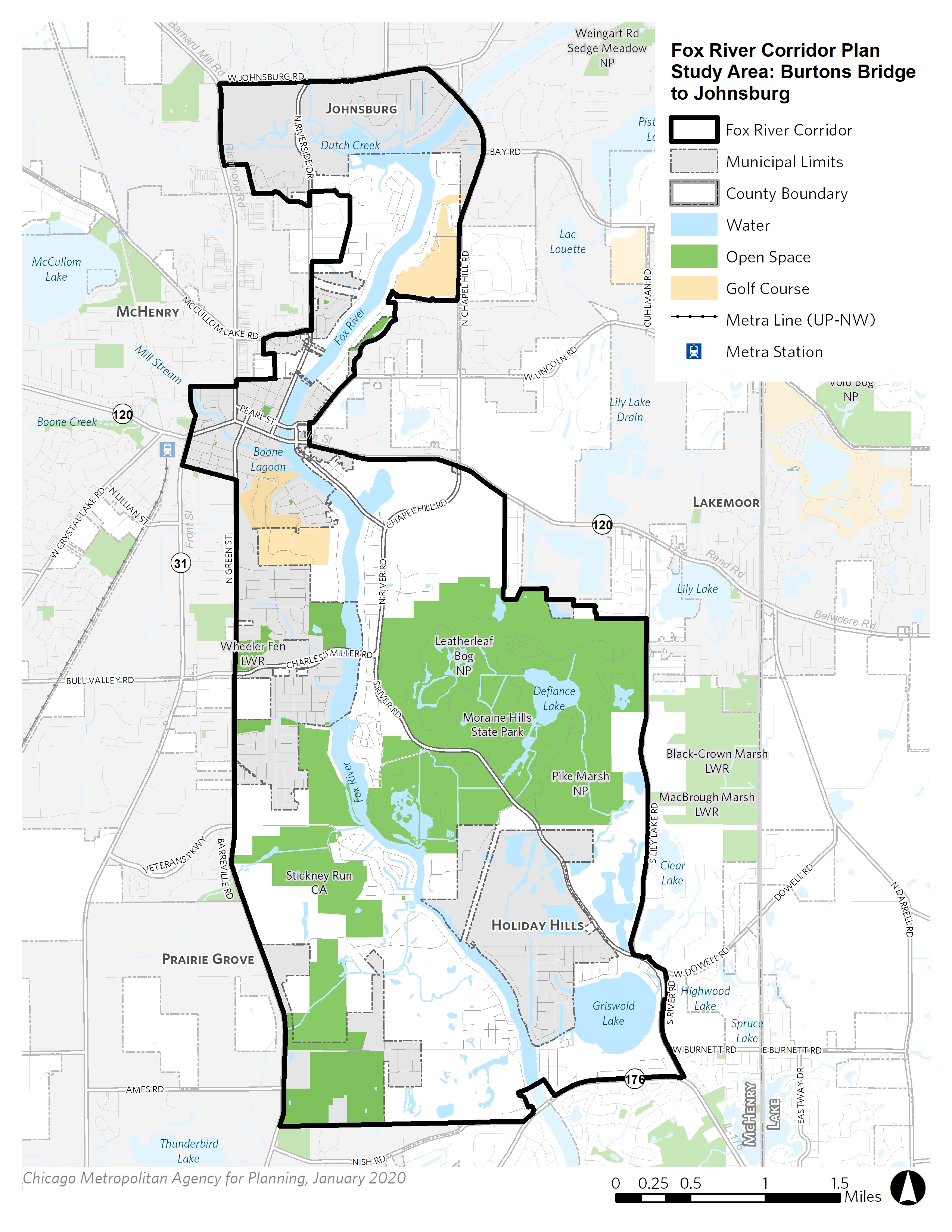